Update 23/10/2019: Commuting and wellbeing: a critical overview of the literature with implications for policy and future research (open access)

Kiron Chatterjee and Ben Clark of the Centre for Transport & Society at UWE Bristol explain the findings from their ESRC study of Commuting and Wellbeing.

Many of us spend longer commuting to work than we would like and find our journeys stressful, but how detrimental is commuting to our wellbeing?

The journey to and from work is a routine activity undertaken on about 160 days of the year by those who are full-time employed in England. The average one-way commute time is 30 minutes, hence commuting consumes about one hour per day for the average commuter. However, one in seven commuters has a commute time of one hour or more, spending at least two hours per day commuting.

The impact of commuting on wellbeing has been studied before, but results have been inconclusive and we do not have a complete picture of how commuting affects different aspects of wellbeing.

Our study, funded by the Economic and Social Research Council, took advantage of Understanding Society, the UK Household Longitudinal Study which tracks the lives of a large, representative sample of households in England. This survey tracks different aspects of wellbeing, including job satisfaction, satisfaction with leisure time, as well as overall subjective wellbeing. The data set allowed us to examine how changes in different aspects of wellbeing from one year to the next were related to changing commuting circumstances for more than 26,000 workers in England over a five-year period. 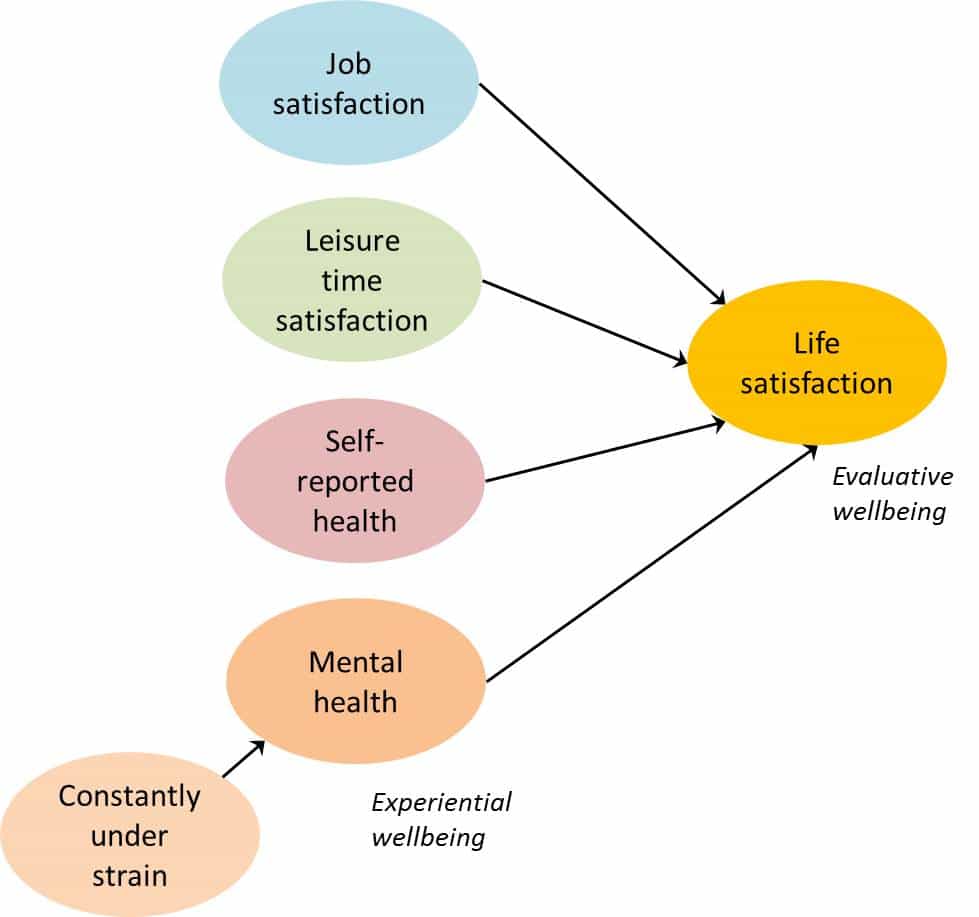 As set out in our summary report, we found that, all else being equal, every extra minute of commuting time reduces job satisfaction, reduces leisure time satisfaction, increases strain in people’s lives and worsens mental health.

The effects of commuting on employee wellbeing were found to vary depending on the mode of transport used to get to work:

Our findings have particularly important implications for employers.  An additional 20 minutes of commuting each day was found (on average) to have the equivalent effect on job satisfaction as a 19% reduction in income – this is a loss of £4,080 per annum for someone earning £21,600 (the median value for our sample).  We found a gender difference for this result with longer commute times having a more negative impact on women’s job satisfaction than men’s. This is likely to be related to the greater household and family responsibilities that women tend to have. We also found that employees with longer commute times are more likely to change job, and this has implications for employee retention.

The overall message for employers is that job satisfaction can be improved if workers have opportunities to reduce their time spent commuting, to work from home, and/or to walk or cycle to work – such commuting opportunities are likely to be good news for employee wellbeing and retention and hence reduce costs to businesses. 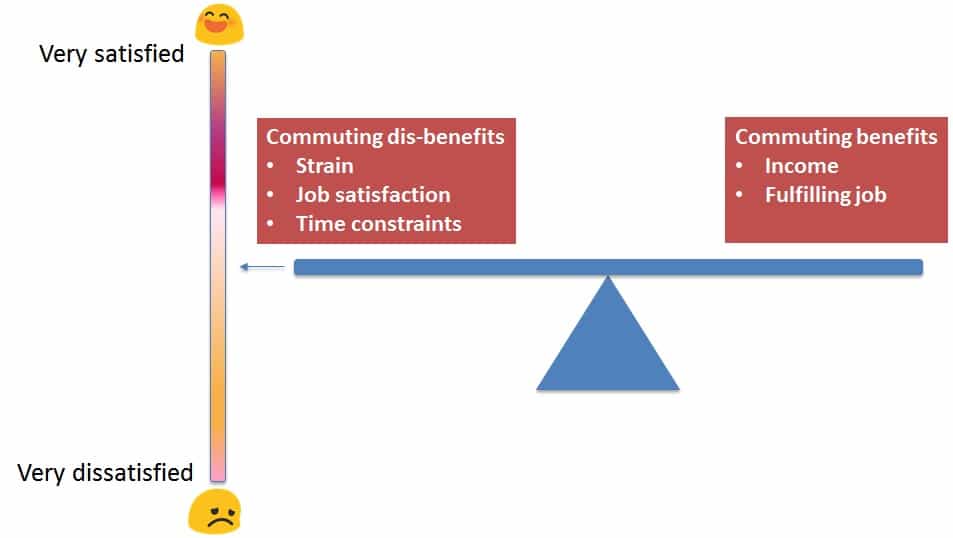 This does not mean that the negative wellbeing impacts of longer commutes can be disregarded. It is important to recognise the negative impacts on job satisfaction, leisure time satisfaction and mental health. People are only likely to continue to accept that a long commute is a price to pay if it is unavoidable and a social norm.

The Commuting & Wellbeing study was funded by the Economic and Social Research Council (ESRC) (Grant Number ES/N012429/1). The project was led by Dr Kiron Chatterjee at the University of the West of England (UWE Bristol) and ran for eighteen months from February 2016 to July 2017. A summary report from the study is available at https://travelbehaviour.com/outputs-commuting-wellbeing/

Building cohesion and consistency of wellbeing across programmes