We believe that the purpose of government and community action is to improve wellbeing. We know this has knock-on effects too that may be more your aim. A snappily titled paper ‘the objective benefits of subjective wellbeing’ tells us that happier people:

So if you’re more interested in other outcomes such as, say, reducing deaths in road traffic accidents, wellbeing findings have something to offer and sometimes they’re not so obvious.

One intriguing finding is that people who have poor food safety behaviours aren’t particularly unhappy or less worried about getting sick. Instead, they are often less likely to feel that the things they do in life are worthwhile; they just don’t care.

Happier people are more likely to take care of themselves

In real life, this means they do things like wearing their seatbelts. Amazingly, we can see this in the data and those who are less happy with their lives are less likely to wear their seatbelts.

There are clear gender differences in this data and this is consistent with other findings on risk-taking including crashing when driving, fighting and smoking. Although the gender difference seem to be reducing over time. 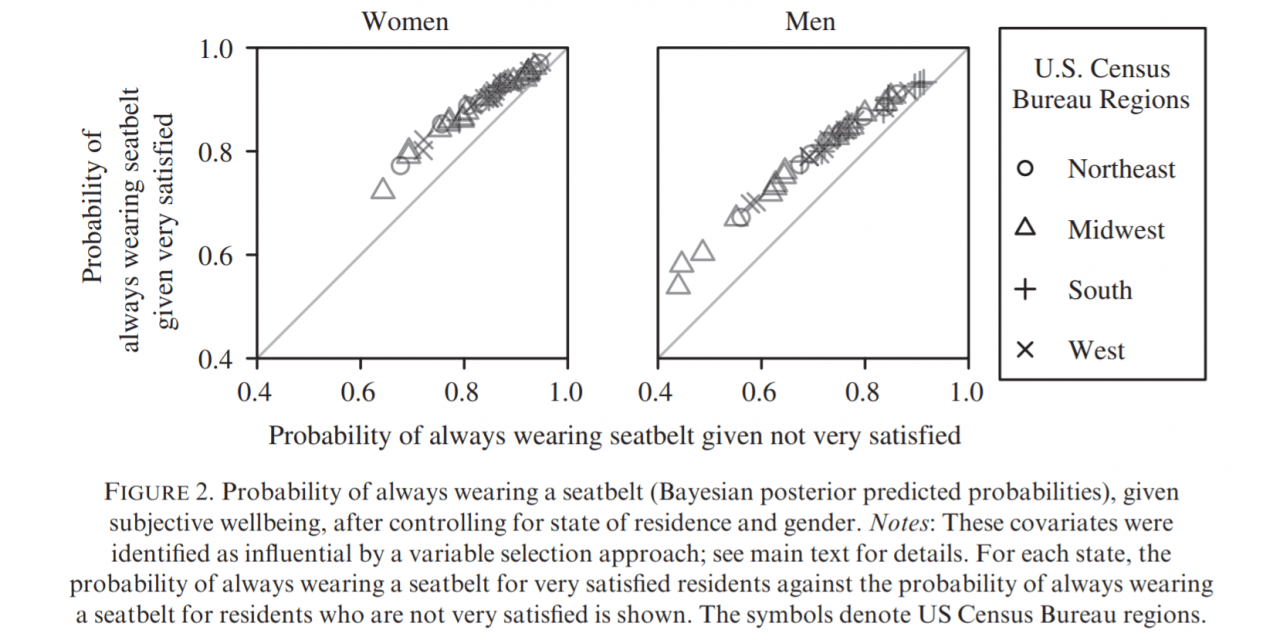 Studies have also looked at the impact of age, gender and socio-economic differences on risk-taking:

Young people do seem to get more of their wellbeing from pleasurable rather than purposeful feeling activities and this can help us understand and develop meaning at different life stages. Similarly, a shift to purpose rather than pleasure in the 40s mirrors the mid-life crisis life satisfaction dip that is reflected in the peaks in anti-depressant use, alcohol related A&E admissions and suicides. 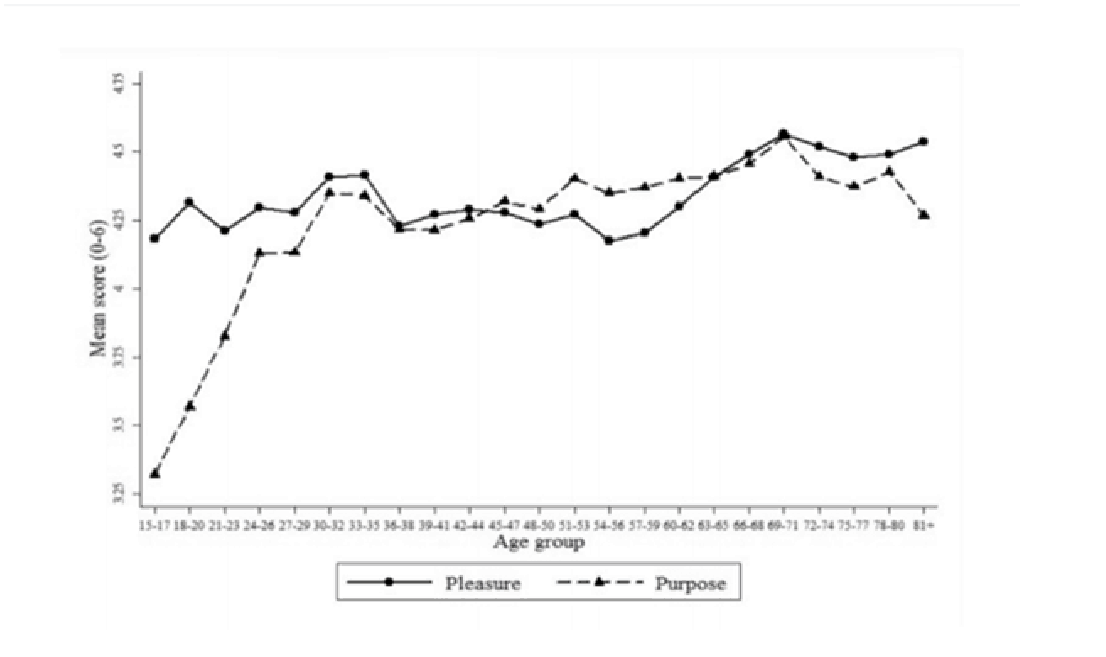 One explanation from psychology is that sensation-seeking is a way to alleviate felt boredom. This is one of the pathways to impulsive behaviour as measured by Whilteside and Lynam’s UPPS impulsivity measure.

From a policy perspective, this emerging research seems to suggest turning the orthodox approach to reducing risky behaviour in populations on its head. Or at least, re-framing it. If many governments’ current tactics could be summarised as: ‘stop this behaviour and you’ll be happier’; future attempts might look at improving people’s intrinsic happiness with their lives. This would mean a systematic shift to addressing root causes of our behaviours, as well as their risk-taking symptoms.

Nancy Hey is a global leader in the field of wellbeing. Prior to setting up the Centre, she worked in the UK Civil Service in nine departments as a policy professional and coach, delivering cross UK Government policies including on constitutional reform.

She has worked with the UK’s top civil servants to introduce wellbeing into public policy and to establish the professional policy community in the UK. She has degrees in law and in coaching and development, specialising in emotions, and is a passionate advocate for learning systems.

She is currently specialist advisor on wellbeing to the UK House of Lords Life After Covid Inquiry into wellbeing impacts of the acceleration of digital of the pandemic, a member of the UAE Global Councils on Sustainable Development Goals and on a wide range of advisory groups including on Public Health England’s Every Mind Matters Expert Advisory Group, Carnegie UK Trust’s Embedding Wellbeing in Northern Ireland, Well Schools, UUK’s Mental Health in Higher Education, Stockholm City Region, Pro Bono Economics, Loneliness & Social Isolation Research Network and Early Intervention Foundation Knowledge Mobilisation.  She is a Fellow of the Royal Society of Arts,  a Fellow of Institute of Coaching, McLean Hospital, a Harvard Medical School Affiliate and a Fellow of the Zinc Academy.